In a continued effort to create opportunities for the citizens of the Greater Westside in Chicago, Westside Health Authority purchased 5500 West Madison (the former Emmet Elementary School) in 2018 on the recommendation of community stakeholders who desired to see the site redeveloped into a safe, attractive space for residents to access commerce and community services.

A HISTORY OF SUCCESS

Over the years we have worked on various economic development projects on the westside of Chicago. We spearheaded the $5.5M Austin Wellness Center and Clinic, the Austin Peace and Justice Plaza, and AV72 Chicago, the First Special Service Area to be designated in the Austin community. Served 22,000 residents last year through housing development, public safety, youth empowerment, civic engagement, and economic development activities.

Despite progress in Austin over the past several years, there is a great need for workforce training and life skills development. Currently, a significant youth population exists in Austin, with 15% being between the ages of 25-34, followed by 13% for 15-24-year-olds, according to the 2010 U.S. Census Bureau and forecasts for 2019. RushUniversity Medical Center published a report in June 2016 that identified two of several hardship factors within Austin, unemployment for those that are 16+ and lack of high school diploma.

Second, there is a large set of adults that have been dislocated from the workforce. Low education and unemployment are some of the top contributors that affect Austin’s neighborhood status. GCI published a report in May 2019 finding that almost half of Chicago’s young black men are both out of school and out of work, double the national rate. In Chicago, women accounted for 30% (9,315) of adults that don’t have a job nor attending school while men were at 45% (12,805), within the 20-24 age cohort based on the 2017 ACS data.

This research has found that employment and in-demand skill sets that undergo a perpetual change intensifies these problems and causes individuals to endure hardships that span from rising costs of living, stagnant wages, and technological advances in work environments. The domino effect of a poor neighborhood education system and student decline leads toward an unstable local economy and contributes to a stigma of Austin.

We will revive the once-bustling intersection of Madison Street and Central Avenue by repurposing the former Emmet Elementary School, one of Chicago’s many public schools closed in 2014, into an anchor for commercial revitalization and a destination for top-notch workforce training.

Westside Health Authority (WHA) is leading the renovation and repurposing of Robert Emmet
Public Elementary—a now-closed, three-acre Chicago Public School building at the once
thriving northeast corner of Madison Street and Central Avenue. Overcoming a legacy of
disinvestment, limited training opportunities, and fragmented services, the Aspire Center for
Workforce Innovation will catalyze Austin’s economic development.
The Aspire Center will serve as a centralized location for Austin’s youth and unemployed and
underemployed adults seeking career training and support. The Aspire Center will:

A Few Pictures from Our Efforts 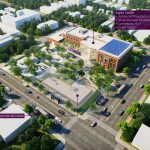 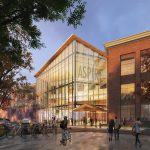 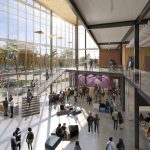 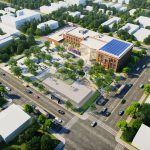